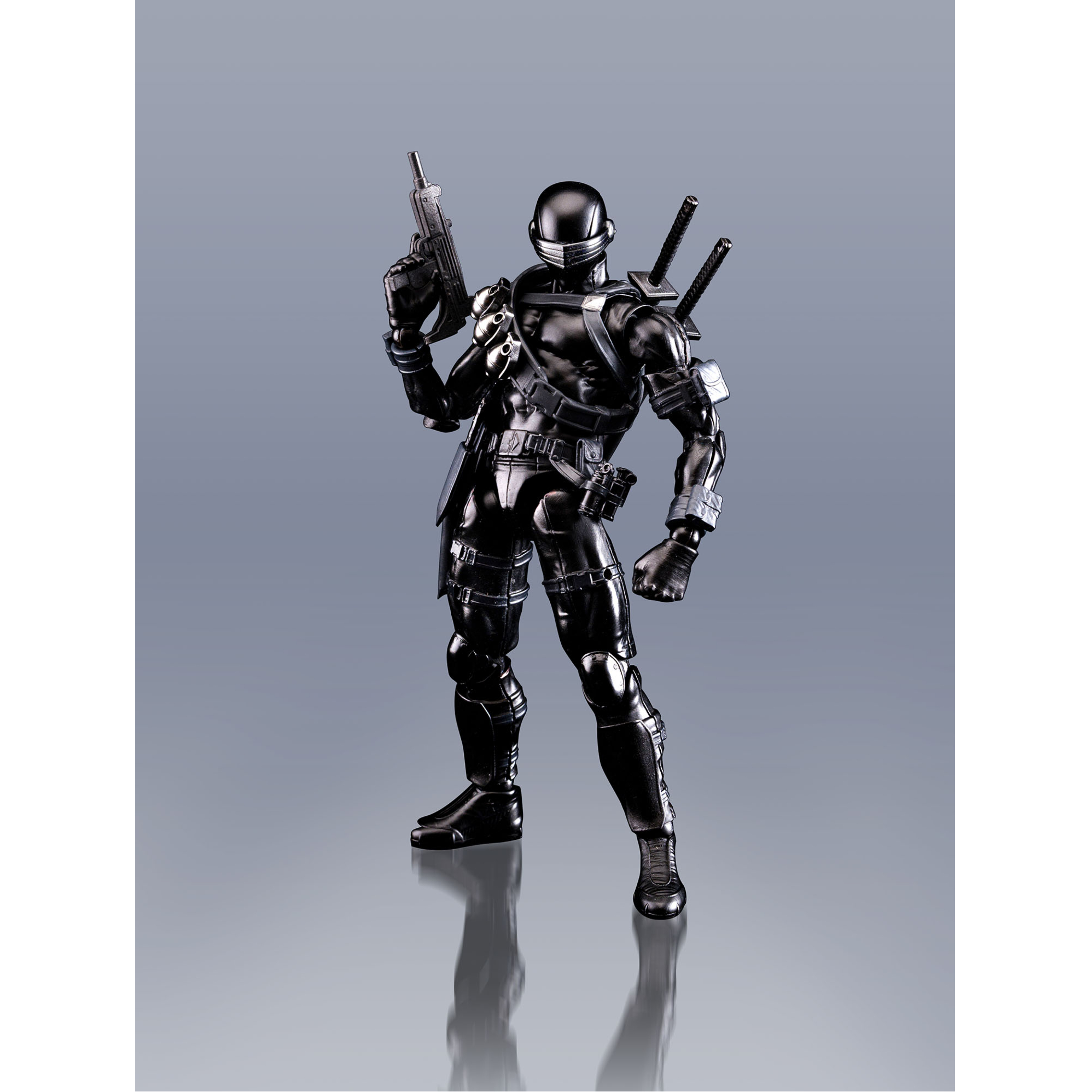 21st in the series of [FURAI MODEL], and the first G.I. Joe model in the line, Snake Eyes is here! The kit stands  around 5.2 inches tall. This version of Snake Eyes appeared in comics, but it really is a more detailed version of the 2nd version from the classic 3 ¾” line released in 1985. The kit has an inner frame and over 40 movable joints so posing the kit is easy. Snake Eyes comes with plenty of accessories such as a sword, rocket launcher, machine gun, hand gun, grenade, knife and so on. Some of them can be stored on the [Furai Model] G.I. Joe Speed Cycle for Snake Eyes (sold separately)! The model kit is made of ABS & PVC. The kit is moulded in multiple colors and has a simple assembly design. This makes it suitable for model kit beginners but the details make it great for experienced modelers. 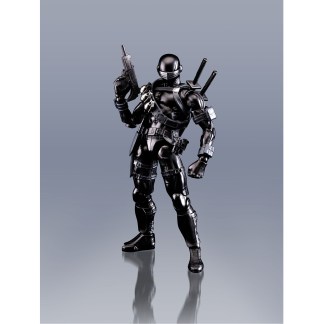